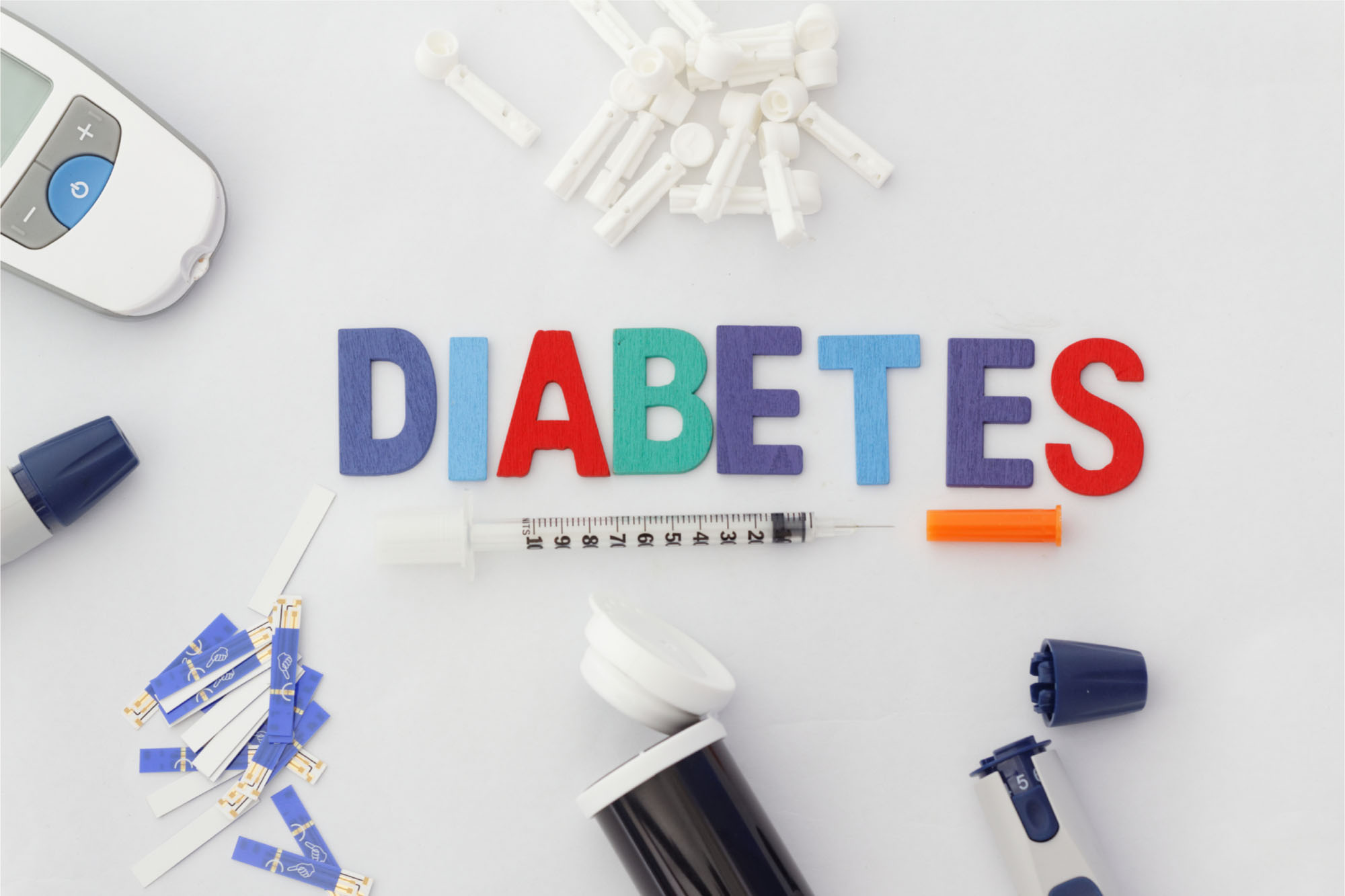 The UK-based medtech company has developed a non-invasive technology for remote continuous monitoring of chronic diseases and health conditions, including diabetes.

For diabetics and pre-diabetics, this innovative small-cap company has developed SugarBEAT®, a non-invasive, affordable, and flexible glucose trending device.

More than 100 million U.S. adults are now living with diabetes or prediabetes, according to a 2017 report from the Centers for Disease Control (CDC).

Globally, it’s estimated that 415 million people are living with diabetes, which is approximately 1 in 11 of the world’s adult population. This number is expected to rise to 642 million worldwide by 2040.

For many diabetics, monitoring and managing their disease involves constant attention and sometimes can require 10 or more finger-samples per day. This vigilant and invasive approach remains the standard of care for the majority of the world’s diabetics.

But that’s about to change thanks to Nemaura.

The global total addressable market for this technology is estimated to be worth $82 billion per annum.

And that’s just for diabetics. If pre-diabetics are included, the market size more than triples.

Based in Loughborough, England and founded in 2013, Nemaura is set to launch SugarBEAT® in the EU following the company’s recent CE Mark approval. 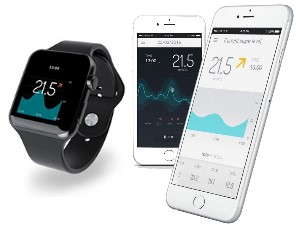 “Importantly, as a daily disposable adhesive skin-patch that sits on the surface of the skin, SugarBEAT® is painless, and versatile in terms of wear time. Given these benefits, we look forward to aggressively entering both the multi-billion-dollar diabetic (insulin and non-insulin dependent) and pre-diabetic markets. In addition, we plan to target the wearable health tech market for health-conscious consumers, which is experiencing explosive growth. Due to the non-invasive nature of the sensor patch and connection to a rechargeable transmitter, SugarBEAT® will allow users the freedom to decide when, and for how long to wear the patch. Moreover, we have a unique competitive advantage, which we believe will make SugarBEAT® the lowest priced CGM device in the industry. SugarBEAT® is protected by a solid IP portfolio with over 30 issued and pending patents across multiple patent families, said Dr. Faz Chowdhury, CEO.

The FDA submission is based on Clinical Studies which have already been successfully completed and which were split between Type I and Type II diabetics. The study results indicated a MARD (Mean Absolute Relative Difference) of 11.92% (with a lower figure denoting greater accuracy), using a single point finger stick calibration.

In preparation for an initial commercial launch of SugarBEAT in the United Kingdom in Q3 2019, Nemaura has ordered 12,500 transmitters and is strengthening its management team and advisory board.

Most recently, Nemaura appointed Chris Avery as VP of Global Business Operations. Avery brings over 30 years of senior experience in the healthcare industry with a focus on launching products, establishing distribution channels, and developing international relationships.

Nemaura is also scheduled to hold a symposium at a leading global diabetes conference, the European Association for the Study of Diabetes (EASD) in Barcelona in September 2019, where leading Key Opinion Leaders will present observational studies on SugarBEAT.


Nemaura’s SugarBEAT® consists of a daily disposable adhesive skin-patch connected to a rechargeable transmitter, with an app displaying glucose readings every five minutes for periods up to 24 hours.

This behavioral change in turn should help delay or even prevent long term health damage typically caused by diabetes.

Passing a mild, non-perceptible electric current across the skin, sugarBEAT® painlessly draws a small amount of glucose molecules out of the interstitial fluid which naturally sits just below the top layer of skin, into a chamber within the patch.

The rechargeable transmitter then measures the glucose levels present within the chamber, and securely transmits this clinically relevant data every five minutes via Bluetooth to a pre-downloaded smart phone / device app.

Using a proprietary algorithm, the app then converts this data into glucose values. In order to better understand how glucose levels are affected by lifestyle factors, diet / medication / exercise / mood data can also be inputted into the app. 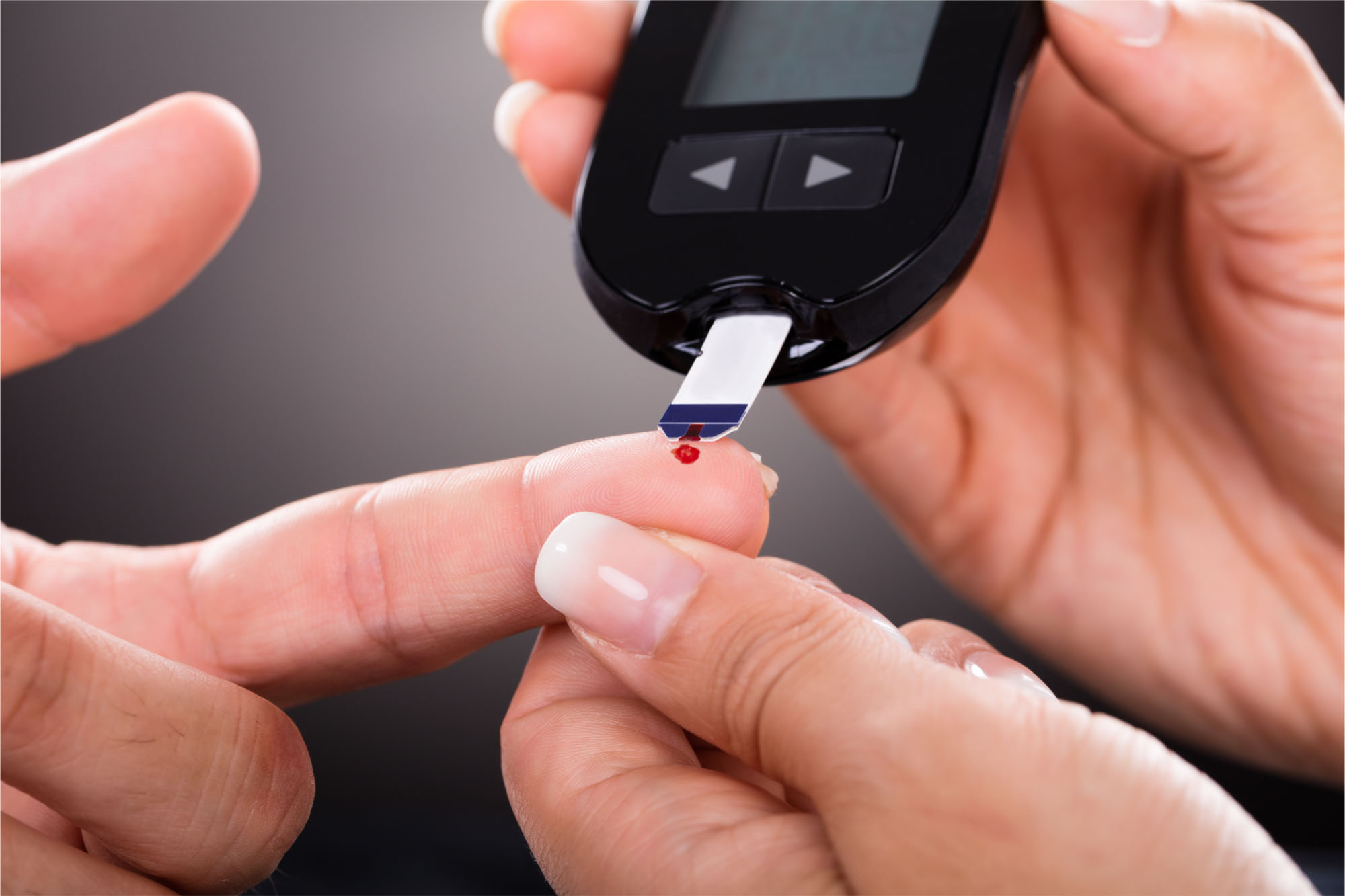 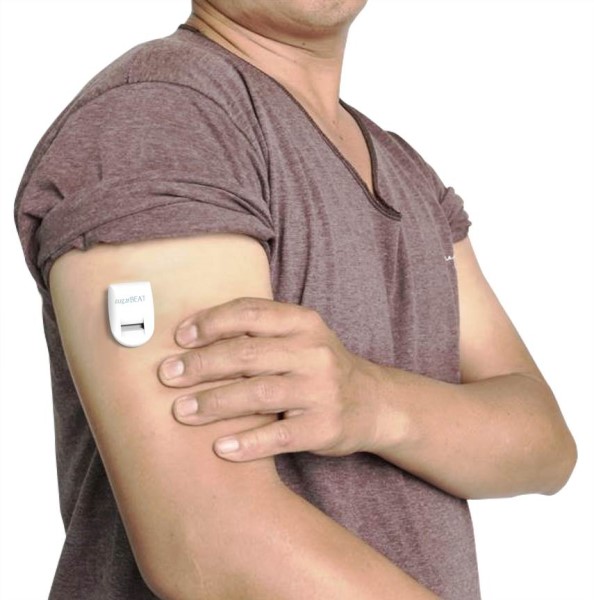 
Comparable continuous glucose monitoring devices from Abbott, Dexcom, and Senseonics average 2-3x the daily cost, involve invasive needles or implants, and have extended wear requirements of between 10 to 90 days.

Moreover, whilst both Dexcom and Abbott have blazed a path toward wider acceptance and strong patient adoption of CGM technology amongst insulin users, they have practically zero penetration in the much larger non-insulin using diabetic and pre-diabetic markets.

The real benefit comes from the fact that they have disrupted the market enough to allow for additional competitors, like Nemaura, that can better fill the voids initially opened by both Dexcom and Abbott.

Nemaura’s SugarBEAT® has a wear time of up to 24 hours, allowing for greater flexibility, with users able to wear on a non-consecutive day basis, unlike other glucose monitors.

Although it already has multiple advantages over similar technologies, Nemaura continues to seek ways to improve the technology.

Earlier this year, the company announced that it reduced the skin-patch warm-up period of SugarBEAT® from over an hour to a period of less than 30 minutes. This is important as faster application is expected to result in increased device adoption.

In April, Nemaura announced the addition of new predictive alert functionality to SugarBEAT®.

Alerts have been designed to provide visual indication when glucose levels are falling or rising above minimum and maximum thresholds. Audible and vibration alerts are also available through Bluetooth-connected mobile phones.

In May, the company announced it will allow third-party applications, such as diabetes management, exercise and nutrition focused apps royalty free access to SugarBEAT® CGM app data. 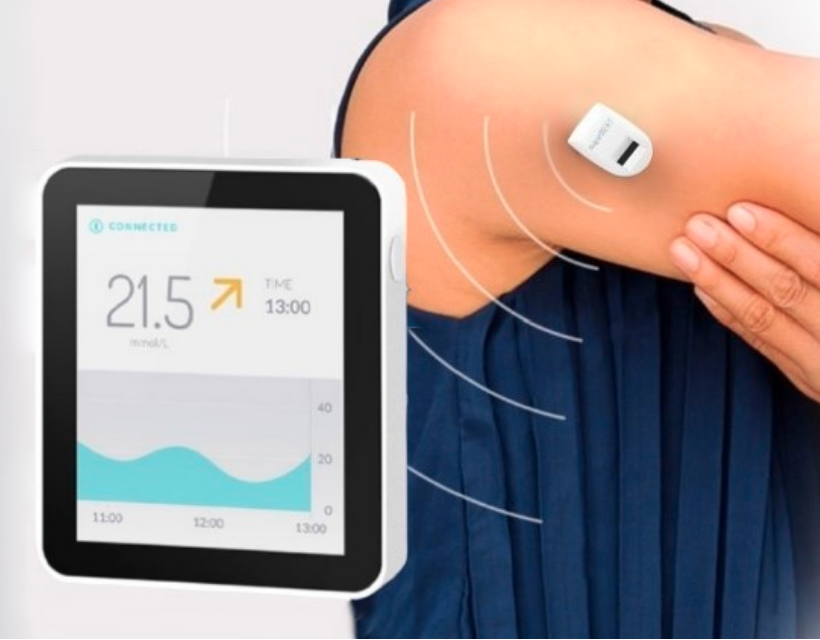 As a result, users will be able to directly access SugarBEAT® generated glucose data through their preferred participating mobile aplications, empowering users with greater choice over when to use this data to better understand how food choices and other lifestyle factors impact glucose levels.

This development is part of the company’s broader go-to-market strategy, which is being led by Dr. Fred Schaebsdau.

Dr. Schaebsdau joined the Company earlier this year to advance the commercialization and business development of SugarBEAT®, building on his success with earlier CGM products at Abbott Diabetes Care and Dexcom Germany.

Dr. Schaebsdau commented, “We believe integrating SugarBEAT® data into the leading health and fitness apps will help to expand our target market among health-conscious consumers, providing them with seamless access to their CGM data within a familiar environment, which will assist in understanding how diet, sleep, stress, exercise and other lifestyle factors can impact glucose levels. Given SugarBEAT® is non-invasive, we believe it is uniquely placed amongst CGMs to appeal to the health-conscious consumer market.”

Further enhancements to the SugarBEAT® platform are likely as user feedback pours in post-launch.

SugarBEAT® is based on a platform technology that can be adapted to a broad range of diagnostics beyond glucose monitoring.

Current development projects underway include products for wellness and pre-diabetics, including pediatric coverage.

In preparation for its impending launch in the UK and beyond, Nemaura has secured multiple key distribution relationships.

Throughout the UK and Ireland, Nemaura has enlisted the help of Dallas Burston Ethitronix (DBE).

SugarBEAT® was also licensed to Dubai-based TPM for sales in the Middle East, a region with an estimated 35 million diabetics, and a leading device distributor has signed on for sales in Australia and New Zealand.

After hitting the market this quarter, Nemaura believes that it can substantially grow the CGM market which typically targets insulin using patients, where Dexcom is projected by end of 2018 to have sales of circa $950 million across 300,000 device users and Abbott is projecting sales of $1.5 billion with 950,000 users estimated by end of 2018 alone.

Given there are more than 400 million persons with diabetes globally, of which an estimated 25% or 100 million require insulin, the opportunity for market growth of CGM is very large.

Not only is Nemaura capable of winning substantial market share in the $82 billion global CGM market, SugarBEAT® can also bring glucose trending to the 300 million non-insulin using persons with diabetes and more than one billion pre-diabetic market that is currently grossly underserved. And for investors, that is where a substantial portion of the value opportunity lies.

Combining the sum of the parts, investors should pay close attention to Nemaura as it continues to develop innovative opportunities that may quickly seize a significant portion of the global glucose and lactate monitoring markets.

From an investment standpoint, Nemaura’s stock, at these levels, may offer a sizable opportunity for investment growth based on untapped, near-term, and emerging potential.

Reaching Ascendiant’s price target of $3.25 would result in 200%+ gains for investors buying at recent prices. Sign up for news alerts to stay up-to-date on the latest developments.

RedChip Companies, Inc. research reports, company profiles and other investor relations materials, publications or presentations, including web content, are based on data obtained from sources we believe to be reliable but are not guaranteed as to accuracy and are not purported to be complete. As such, the information should not be construed as advice designed to meet the particular investment needs of any investor. Any opinions expressed in RedChip reports, company profiles, or other investor relations materials and presentations are subject to change. RedChip Companies and its affiliates may buy and sell shares of securities or options of the issuers mentioned on this website at any time.

The information contained herein is not intended to be used as the basis for investment decisions and should not be construed as advice intended to meet the particular investment needs of any investor. The information contained herein is not a representation or warranty and is not an offer or solicitation of an offer to buy or sell any security. To the fullest extent of the law, RedChip Companies, Inc., our specialists, advisors, and partners will not be liable to any person or entity for the quality, accuracy, completeness, reliability or timeliness of the information provided, or for any direct, indirect, consequential, incidental, special or punitive damages that may arise out of the use of information provided to any person or entity (including but not limited to lost profits, loss of opportunities, trading losses and damages that may result from any inaccuracy or incompleteness of this information).

Stock market investing is inherently risky. RedChip Companies is not responsible for any gains or losses that result from the opinions expressed on this website, in its research reports, company profiles or in other investor relations materials or presentations that it publishes electronically or in print.

We strongly encourage all investors to conduct their own research before making any investment decision. For more information on stock market investing, visit the Securities and Exchange Commission ("SEC") at  www.sec.gov.

Nemaura Medical (NMRD) is a client of RedChip Companies. NMRD agreed to pay RedChip a monthly cash fee of $5,000 for six months of investor awareness services. RedChip also received 20,000 shares of Rule 144 stock for services performed between December 2018 and May 2019.